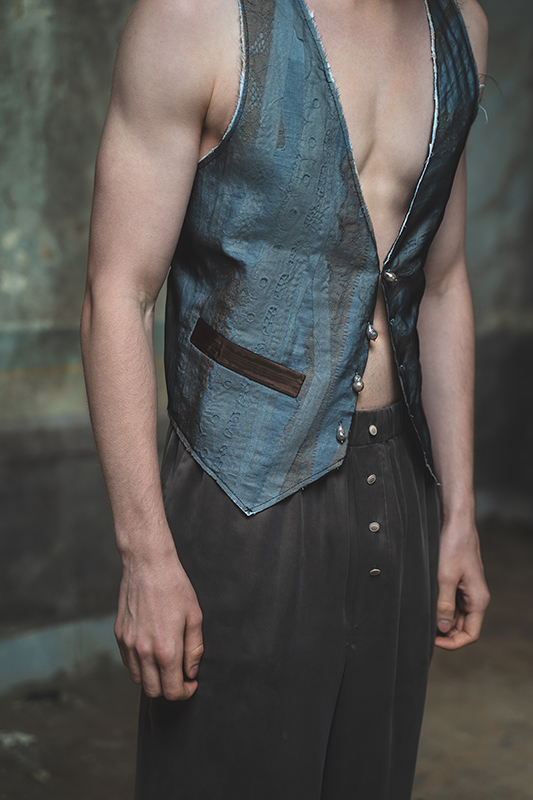 Odor literally translates as smell - a hint of something ephemeral, but just as provocative as emotions and associations. The founder of the brand Odor is Nikita Kalmykov. In his latest collection, he drew inspiration from the Victorian era and the aesthetics of early Soviet times.
To create his collection, he used avant-garde fabrics, including lace sheets and valances created in the 1920s by his great-grandmother. No romantic dresses were made of these fabrics, as one would expect, but spacious shirts and men's underwear, which maximally increase the intimacy of Kalmykov's work. The designer created his vision of a nostalgic past.

DUREN is a Japanese luxury handbag brand that has developed a very unique material, "crinkle leather"

The name comes from the Finnish word for inspiration. Accessories and jewelry inspired by nature

“KIDILL” is a coined word and means pureness in chaos

Translates as smell - a hint of something ephemeral, but just as provocative as emotions and associations

Inspired by industrial and architecture design, brand offers you a fresh look at familiar things

Untitlab™ is a creative platform dedicated to footwear and fashion accessories. With a core design concept drawn from our founder’s background and sensibilities

VANADIO23 IS AN EXPERIMENTAL PLAYGROUND WHERE FASHION MEETS ART PLAYFULLY